Yesterday, I had the extreme pleasure of spending the day with "the greatest playwright of the last century" [Time magazine].  I interviewed Athol Fugard at the The Fountain Theatre then  saw the matinee of the West Coast premiere of his newest play, Coming Home.   Fugard is probably best known for Master Harold .... and The Boys, which starred a young Matthew Broderick [it's currently being turned into another film] and the 2005 Academy Award winning, Tsotsi.  After the production of Coming Home there was a Q&A with Fugard, which was quite moving, as is the play itself. 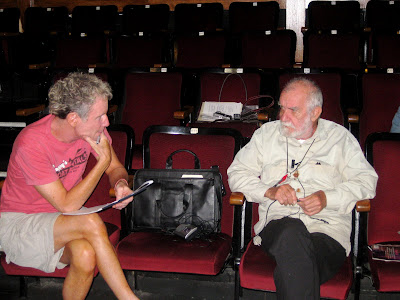 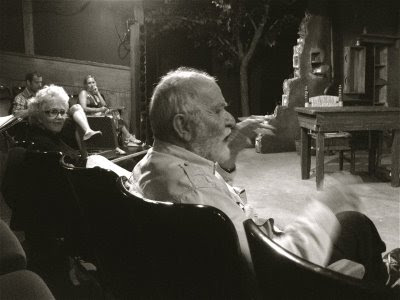 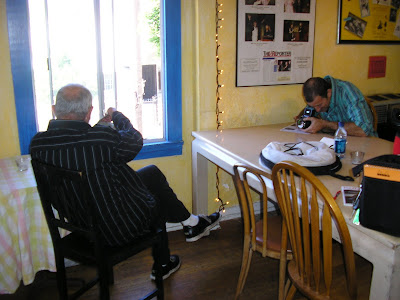 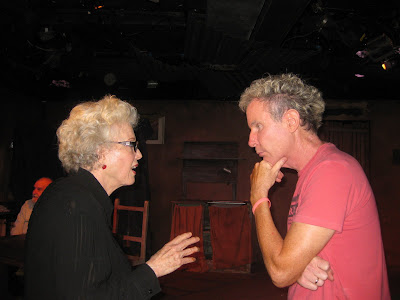 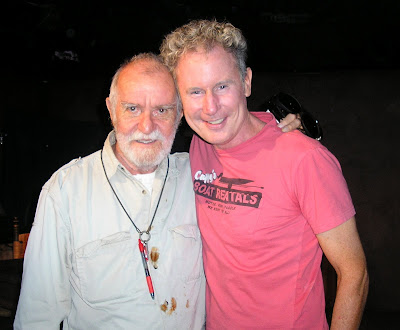 A group shot taken on the Coming Home stage.
L to R:  My associate, Jilly, art historian Ron
Steen, Fugard, myself, and Marianne 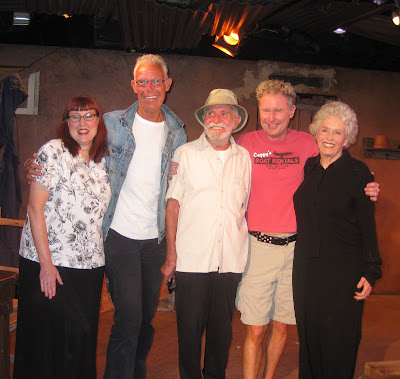 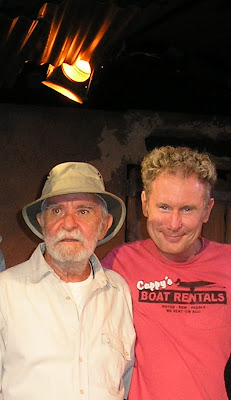 Fugard will be the A&U August cover story
Posted by Dann at 10:05 PM No comments:

A ROSE OF A ROSENMAN

HOWARD ROSENMAN:
The the face of a man who has lost over 2000 people to AIDS and has attended over 50 memorials. 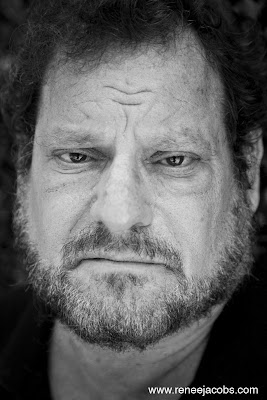 I interviewed Howard Rosenman yesterday at his home in West Hollywood.  Howard is the producer of such films as The Family Man, The Celluoid Closet, Paragraph 175, The Main Event, Buffy The Vampire Slayer, the stunning, Resurrection with Ellen Burstyn, and he won an Academy Award for Common Threads. 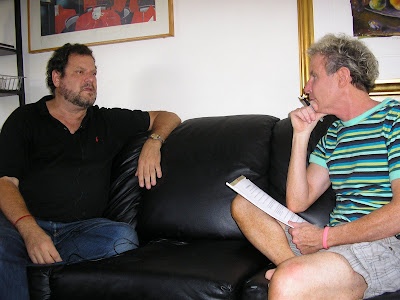 Howard was one of the founders of Project Angel Food and in the early shades of the epidemic, helped create a space at Cedars-Sinai for PWAs and their families to congregate, and has served on several AIDS organization boards throughout the years. 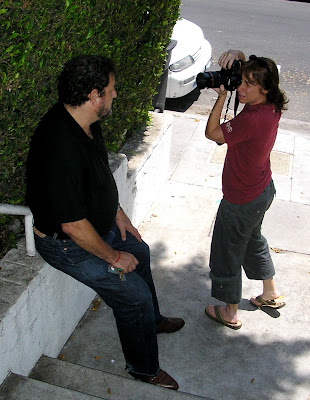 Howard's only acting job to date has been playing Advocate publisher,
David Goodstein in this year's hit, MILK. 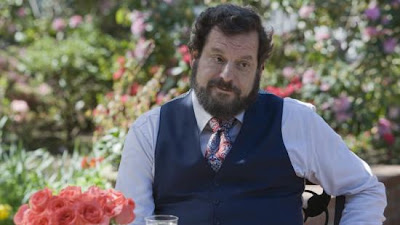 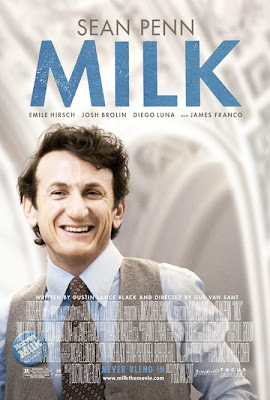 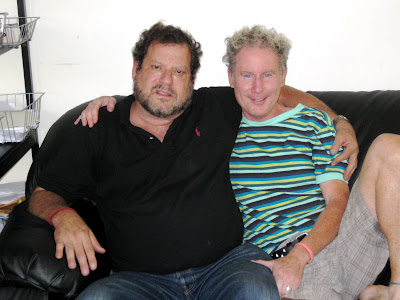 Look for the article about Howard in the September issue of A&U magazine.
Thanks to my associate, Jilly Roberts.
[Black & White photo of Howard by Renee Jacobs:  link to website]
Posted by Dann at 4:38 PM No comments: 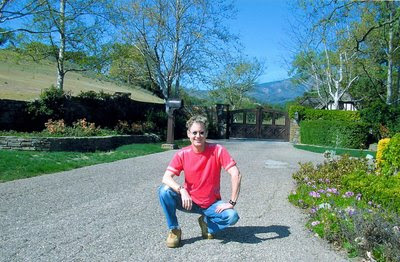 Last week while watching Larry King Live broadcast from Michael Jackson's Neverland, I reminisced about my trip there -- only to the gates!! -- two years ago.  My friend, Jimmy and I were on a get-a-way trip to Solvang and decided to tour the Sideways location shots.  As we lunched at one of the sites, The Los Olivos Cafe where Jack [Thomas Hayden Church] asks Miles [Paul Giamatti], "Did you drink and dial?," we decided to be more adventurous and find Neverland.  We asked a real estate agent for directions and learned that it was a mere five miles from The Los Olivos Cafe.  It was a stunning drive and what a tranquil region.  To say that this area of the Santa Ynez mountains is exquisitely beautiful is such an understatement. 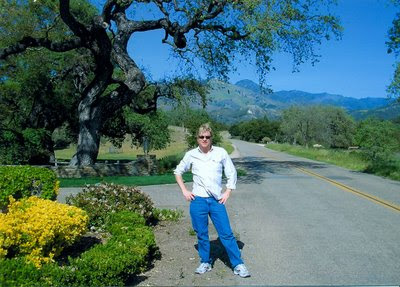 We hung out there for a half an hour and just fantasized what it was like inside, and what it would have been like to be a guest there.
Oh, how I wished I could have interviewed Michael at Neverland! 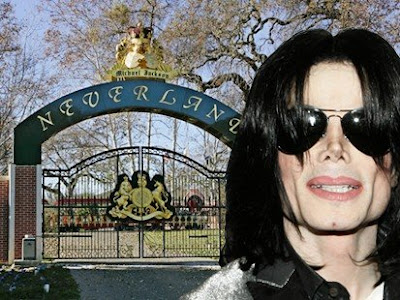