Actor Craig Stott, Who Portrayed An HIV-Positive Man, Got

More Than He Bargained For By Taking On This Demanding Role 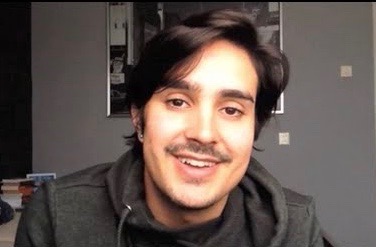 Two teens fall in love at an all-boys Jesuit high school, and fifteen years later, despite massive hurdles, their passion and intensity for one another still gleamed. Until ….

Their story has been etched in history. Actor and activist Timothy Conigrave penned his memoirs, Holding The Man, about his relationship with footballer, John Caleo, which ignited in the mid-seventies when they both attended Xavier College in Melbourne, Australia. Holding The Man was published in 1995, became widely popular Down Under, and immediately earned the United Nations Human Rights Award for Non-Fiction. Later, the Australian Society of Authors would name it among their “100 Favourite Australian Books.” Tim’s work has been reprinted fourteen times. Incidentally, “holding the man” is an Australian football term meaning an offence that incurs a penalty.

The autobiography was adapted into a successful play, with sold-out performances, and even played the Sydney Opera House. The production was later staged in London, Auckland, and various American cities. In 2015, an award-winning documentary was made, Remembering The Man. In the same year, Tim’s memoir was developed for the screen, which also won accolades and awards. Mournfully, Timothy never lived to see his work published. Tim completed Holding The Man from his hospital deathbed. Ten days after turning in his manuscript, Tim died of complications from AIDS -- as did his partner, John Caleo, two-and-an-half years earlier.

“You’re a hole in my life, a black hole. Anything I place there cannot be returned. I miss you terribly. Ci vedremo lassu, angelo.” – Tim’s haunting last words from Holding The Man. The story may be one of the greatest tragic love stories of all time. 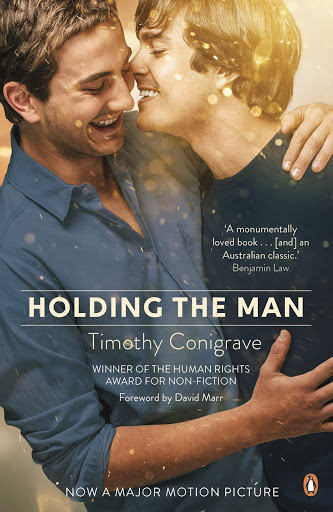 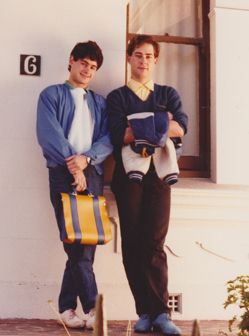 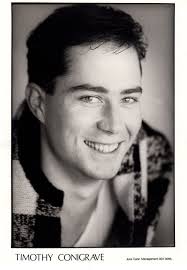 Craig Stott, who turns in a stellar performance in the film, portrays John Caleo, and Ryan Corr plays Timothy Conigrave, two challenging roles for the young actors, which spans three decades, the seventies, eighties, and nineties. Their costars include Guy Pearce, Anthony LaPaglia, Sarah Snook, and Geoffrey Rush, directed by Neil Armfield. The chemistry between Stott and Corr is explosive, tender, and strong.

Craig went through such a profound transformation to illustrate John’s various stages of deterioration from the disease that production shut down for seven weeks just so he could lose weight. In one stage of decline, the actor shaved his head and face makeup was applied, highlighting Karposi Sarcoma lesions. Stott’s vivid performance bursts with raw authenticity, passionate fierceness, and crushing emotion.

The diet put a strain on Craig’s health. At one point he couldn’t quite get up from a sitting position. Ryan helped him. Eureka! Art morphed into reality and reality morphed into art, which enhanced their scenes together.

One major obstacle for Craig was finding the correct rhythm of his character, since it was essential to honor the real man. Caleo was not gregarious and rather quiet, so Craig learned to restrain his performance with understatement and subtlety, and worked on an underlying kinetic anxiety.

The end of the film leaves one with a voyeuristic view, a scrapbook if you will, of two fallible spirited soul mates -- their joys, their sorrows -- who just happened to encounter an unforgiving force of the day – AIDS. The film is a love letter to the two guys who lived it. The casting of Stott and Corr was genius, since the two actors bear an uncanny likeness to Tim and John. Eerie.

Craig has two things in common with his <opposing> character, Tim Conigrave -- both actors and activists. Tim was fervent about gay rights and developing HIV prevention campaigns. Craig is proud to be a part of the LGBTQ community and fights to end HIV stigma. 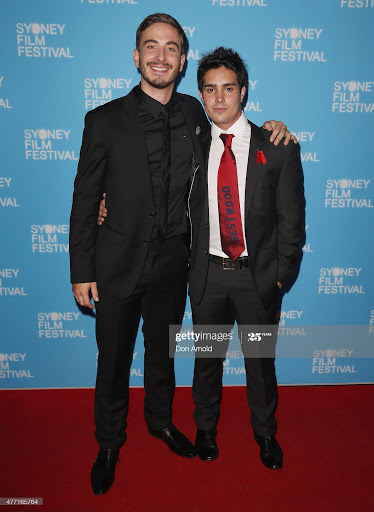 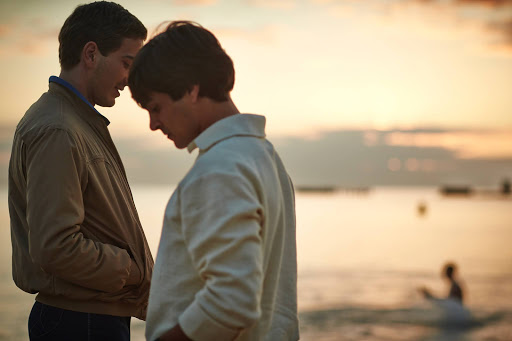 After the film was released, Craig was honored as a special guest at several fundraising events for the Victorian AIDS Council, where he was impressed with their passion for those living with the disease. Formed in 1983, the organization has recently changed its name to Thorne Harbour Health, a multifaceted facility that provides education, outreach, treatment, and mental health services.

Craig, twenty-nine, began acting when he was ten. Since then he’s appeared on television, in films, and on stage. His face is familiar to Australian audiences as he played in several highly rated TV series. In 2010 he won a scholarship to the Stella Adler Studio of Acting in New York City. In 2013, while living in Los Angeles, he received a brief about “a gay love story set in 1976 Melbourne.” Following several auditions and a test reading with other actors in London, Craig was cast as John Caleo.

I caught up with Craig, who is now living in Amsterdam, The Netherlands. When I initially approached Craig about doing this article, he directly responded, “I’m all about breaking stigmas and making everyone feel included, so this is a good match!” 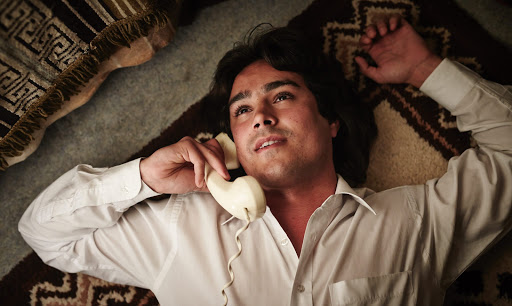 Last year Craig co-starred in Nigerian Prince, which was co-produced by Spike Lee, and he and Manon are currently collaborating on an original film script. The actor adores the earthy Dutch culture, their liberal views, their bluntness, and their forward thinking attitude.

Every time I visit the Netherlands, I always dream of living there. You’ve beat me to it! (He utters a few soft chuckles.) What an electric performance, Craig! Sometimes during the film I was breathless with emotion. How did you prep for this role?

I was so lucky to have access to a broad range of resources while researching the AIDS phase of John’s life. I watched some beautiful documentaries like How To Survive A Plague and We Were Here. I also spoke to older men who had lived through the crisis. I learned a lot from them, including how horrific it was to bury so many of their friends and loved ones.

It was a devastating chunk of time that I wish I could erase from my memory. It was a horror to live through. I want to know how you survived your physical transformation? The makeup was incredibly authentic.

In terms of weight loss and final stages of making the film, I was an absolute wreck. The first day after hiatus, the period in which I lost the weight, we shot a scene where Tim and John were dancing the waltz at Tim's sister's wedding. I came home and I cried and cried. My ex-partner took me in his arms. I said, "I can't go back there." He said, "This is exactly why you have to go back."

That was the best thing he could have said! What was it like to shave your head?

I looked in the mirror after I had my head and eyebrows shaved. My sense of identity was gone! I didn't recognize myself. It was terrifying! (He ponders a moment.) It reminded me of when I was on acid as a teenager and I saw my face melting off. When that outward reminder of who you are is gone, it completely disorientates your sense of who you are on the inside. 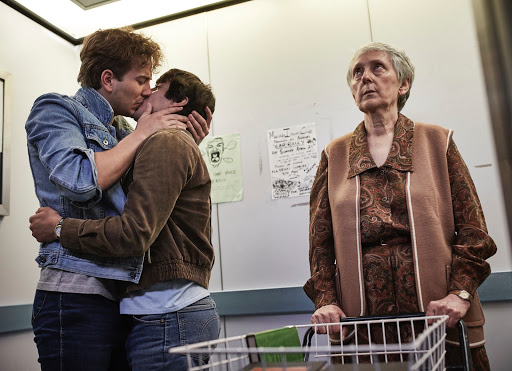 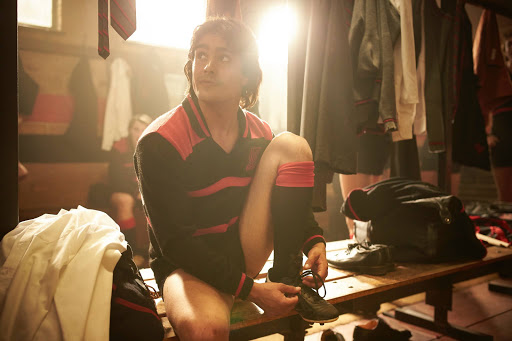 Sounds like an epiphany. You and Ryan play off each other so beautifully. What did you take away from Tim and John’s relationship?

I saw many things mirrored in my previous relationship. Wanting your "freedom" -- whatever that is -- and putting someone on the back burner while you seek this, whilst knowing all along that they are, quite simply the one. John loved Tim so much that he set Tim free (at one point in their relationship) to go off and explore. (Craig pauses.) You must truly love someone to give up your own short-term happiness for them. John taught me that not all dignity is spoken; you can carry yourself with grace and in relative silence.

I would have liked to known these two. They were filled with such elation and hope, and to have these lives cut short. Have you lost someone close to you from this disease?

I was quite close with a boy who had been diagnosed HIV-positive. He did not look after himself and drank very heavily. He died a few years ago. At the end he was very sick and in hospital. (Craig speaks in a resigned, almost forlorn tone.) I saw him give up on life. It startled me how someone could be so self-destructive in the face of his condition. He seemed to just let himself slip away...

Craig, address the rising HIV numbers within your generation.

With the advent of anti-retroviral drugs it seems that HIV and AIDS is no longer life threatening. However, people don't seem to understand the gravity of taking medication (he takes a beat) …for the rest of your life. Granted, these drugs are a miracle to the AIDS generation, but it’s something that one should endeavor to live without.

Reaching people to play safe is difficult and I’m not optimistic about rates going down. It's as if people can finally play the way they've always wanted. But there are consequences, of course.

Agreed, and other STI’s as well! When were you first tested?

I was seventeen. In a way it was a right of passage. It brought on shocking anxiety but it was the moment that I started taking responsibility for my health. (He asserts drily, with a hint of boastfulness.) I get tested regularly now. I actually got tested today!

Who stands out in the epidemic that you would consider a champion?

I consider the entire ACT UP (AIDS Coalition to Unleash Power) establishment heroes, be it in Amsterdam, New York, or Melbourne -- mass participation and unification under a set of principles. To be so brave as a people when… (he announces with a sportscaster’s precision) Death. Is. Lurking. Thinking about it still gives me shivers.

ACT UP was the brainchild of a few feisty fellows, mainly the irascible Larry Kramer. What did you learn about the disease from filming Holding The Man?

Beyond statistics and technical information about the virus, just the <human… impact… of… the… crisis>! It's only recently that I've fully grasped the horror of the AIDS epidemic, imagining myself in that era. (He shifts his alluring honey-smooth Australian accent to a higher pitch staccato.) It's 1986 (when Caleo was diagnosed) and I'm losing the love of my life. To be cut down in your prime and witnessing your fellow compatriots dropping like flies. Today it’s 2019 and I am young and healthy. But knowing what my people went through and that it could have happened to me becomes a part of my identity as a queer person. (Craig releases a poignant sturdy exhale.) It is something I can <never> forget! 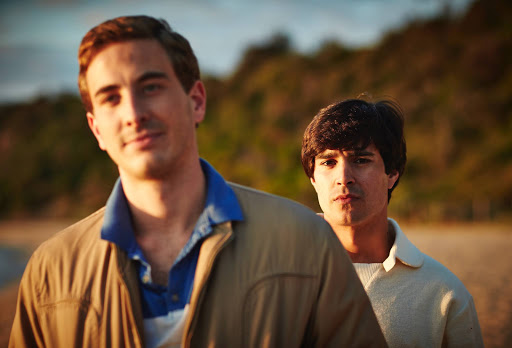 Thank you, Tim Conigrave,
for sharing your love! 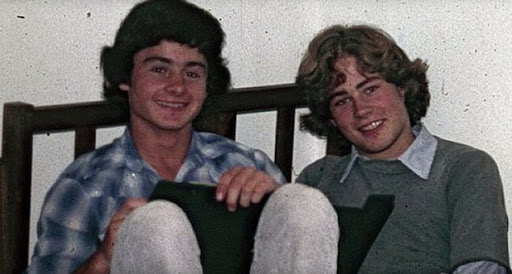 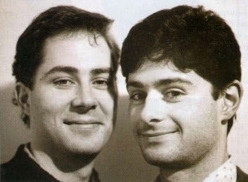 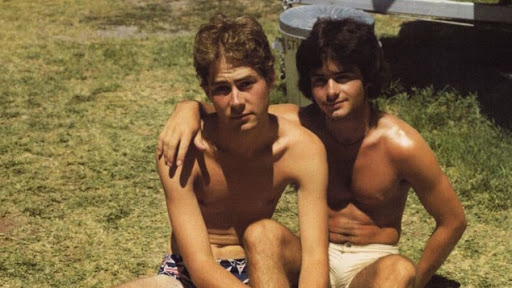 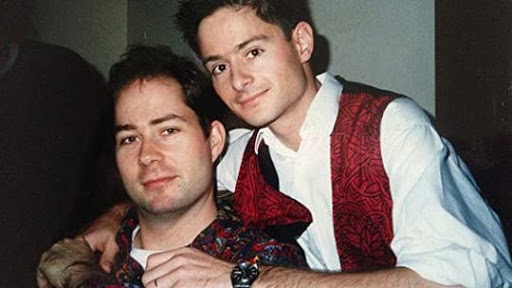 Heaven are things that provide me

1) Maria's Mountain, near Salzburg Austria, which I discovered on my own, plus all the other The Sound of Music breathtaking sites

3)  Obtaining my Master's Degree in Counseling (California State University Northridge), the only one in my family to ever do so, after receiving my Bachelor of Arts in Performing Arts (American University Washington DC) 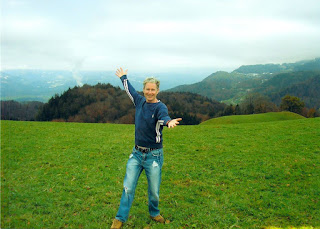