Me and my old pal, Gorby 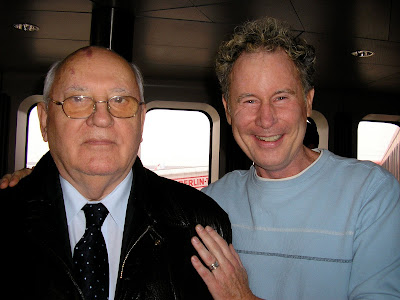 Well, not really! On our way back to the States from Germany, who's on our first leg of the flight from Berlin to Munich -- Yep, Mikhail Gorbachev.
Davidd and I had arrived at the airport early and were sitting near the gate, which was a very small area. It was 20 minutes before boarding and people were beginning to mill around. We were talking and I noticed about 5 people coming through the crowd to the front led by a female Lufthansa employee. I glanced over and did a double take when I saw him. My mouth fell open and I said to Davidd, "OH MY GOD, It's Gorbachev. It's Gorbachev."
Over the past few days he had been blasted all over the media in Berlin since he was there for the 20th anniversary of the Fall of the Wall. Feeling slightly intimidated, yet elated, I whispered to Davidd, even though I knew the answer, "Do you think I should ask to have my picture taken with him?" Davidd replied with a shrug, "Do what you want. You're going to do it anyway."
I thought for a couple seconds, stood up, and walked over to his small entourage. I usually don't like to bother notables when they are in public as I feel it is an intrusion. But I knew I would never have another opportunity like this! I approached this tall guy and a platinum-haired woman, who looked like a cross between Bette Midler and Carol Burnett. It must have been his personal assistant. Gorbachev had his back toward me. I inquired, "Hi. I'd like to ask Mr. Gorbachev if he'd mind if I get my picture taken with him." The guy spoke to me in German and the woman replied, "Oh, I'm so sorry, but he's had ten-thousand photographs taken this week and I'm sure he doesn't feel like it. I'm so sorry." She kept apologizing. I added, "I'm from Los Angeles...." She apologized again. Then she turned toward him, his back still toward me, and spoke to him in Russian. I heard the words, "Los Angeles." He turned to me, looked into my eyes, said a few words in Russian [probably, "nice to meet you"] and extended his hand. I smiled, nodded, and put my hand in his. I gave the woman my camera. She asked how to operate it, I quickly showed her which button to push and she snapped. Whew. I did it! Gorbachev let go of my hand and turned away from me. Wait. The flash didn't go off. Fuck.
The empathetic airline gal looked over and said, "Oh, the flash didn't go off. Will it be alright?" Had she not said that I might not have gotten another pic, as I felt I was intruding. Well, no, I probably would have!
"Oh, would you mind taking another one?" I pleaded with the personal assistant. After a minimal frown, she did. She said something to Gorbachev, he turned back around, I put my arm over his shoulders, and the photo was taken. That's the one you see above [notice "Berlin" written on a plane between me and Gorbachev through the window]. I said, Thank You, and walked back to my seat. I was flying! Davidd said, "Good for you!!"
Within a few minutes, Gorbachev entered the small plane. He sat in the business section which consisted of 6 rows and we sat 2 rows behind him in coach. He was sitting next to the window and the assistant was sitting in the aisle with one seat between them. When I passed him on my way to my seat, I said to the assistant, "Excuse me. Here's my business card [I had written "Thank You" on the back]. I'm a journalist." Gorbachev was busy getting situated.
Being one of the first people on the plane, it was entertaining to watch passengers gasp and gaze as they passed him. One German woman, as she passed me, widened her eyes and smiled then took another look at Gorbachev. During the flight, this woman's son, who was in his mid to late 30s, approached Gorbachev's row. He was there for a minute talking to the assistant when Gorbachev looked up. The guy pointed to Gorbachev then to himself then to the camera. He was denied.
I feel honored that I was granted the photograph.
And as Davidd summed up, "This is the most important person in the world that you have ever met, Dann." Indeed. [Picture below is the first shot I got.] 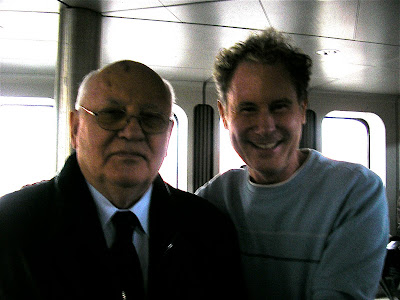 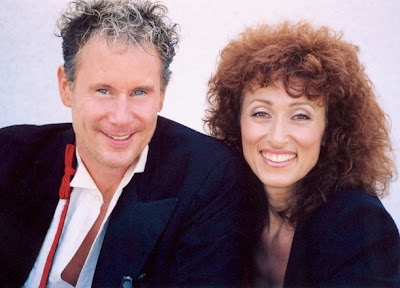 I'm still traveling aboard. Currently in cold and rainy [even snowy] Berlin amidst the excitement of "The Fall of the Wall -- 20 years", which takes place on Monday, 9th November. Was staying at the Adlon Kempinski just feet away from the Brandenburg Gate, now presently at the Ritz-Carlton in Potsdamer Platz, across the street from the bustling Sony Center.

Berlin is my last stop after having visited Munich, Salzburg, Stuttgart, Koln, Heidelberg, and Duesseldorf. Gatherng some intriguing and informative stories.... 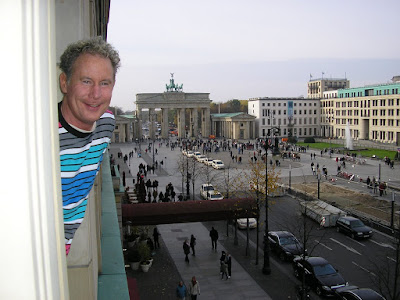 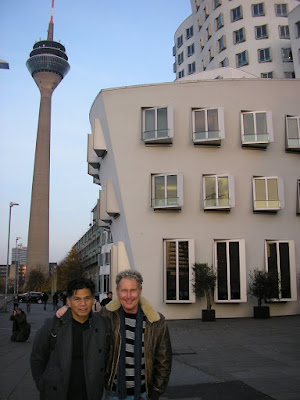 Duesseldorf in front of a Frank Geary creation 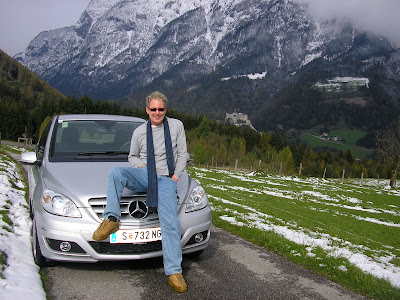 In the Alps surrounding Salzburg 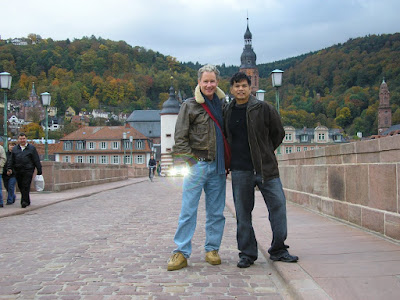 On the bridge in Heidelberg 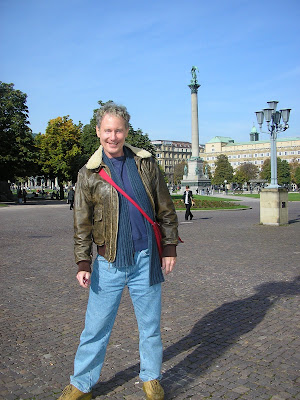 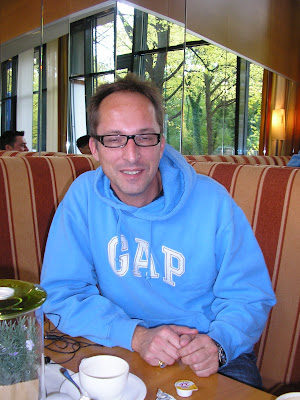 In Koln, I did an interview with Michael Lohaus, head of the gay games 2010,
which will take place in Koln. 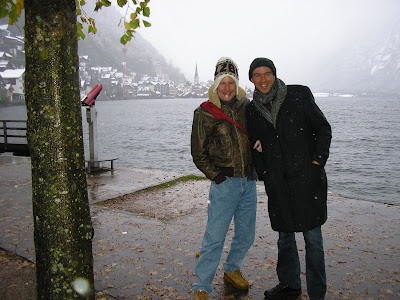 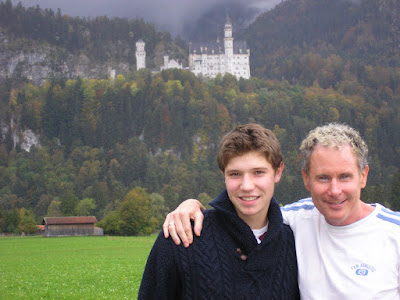 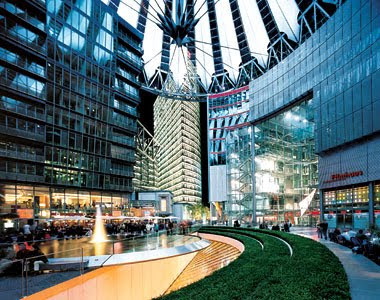 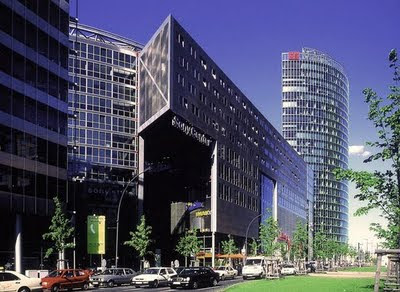